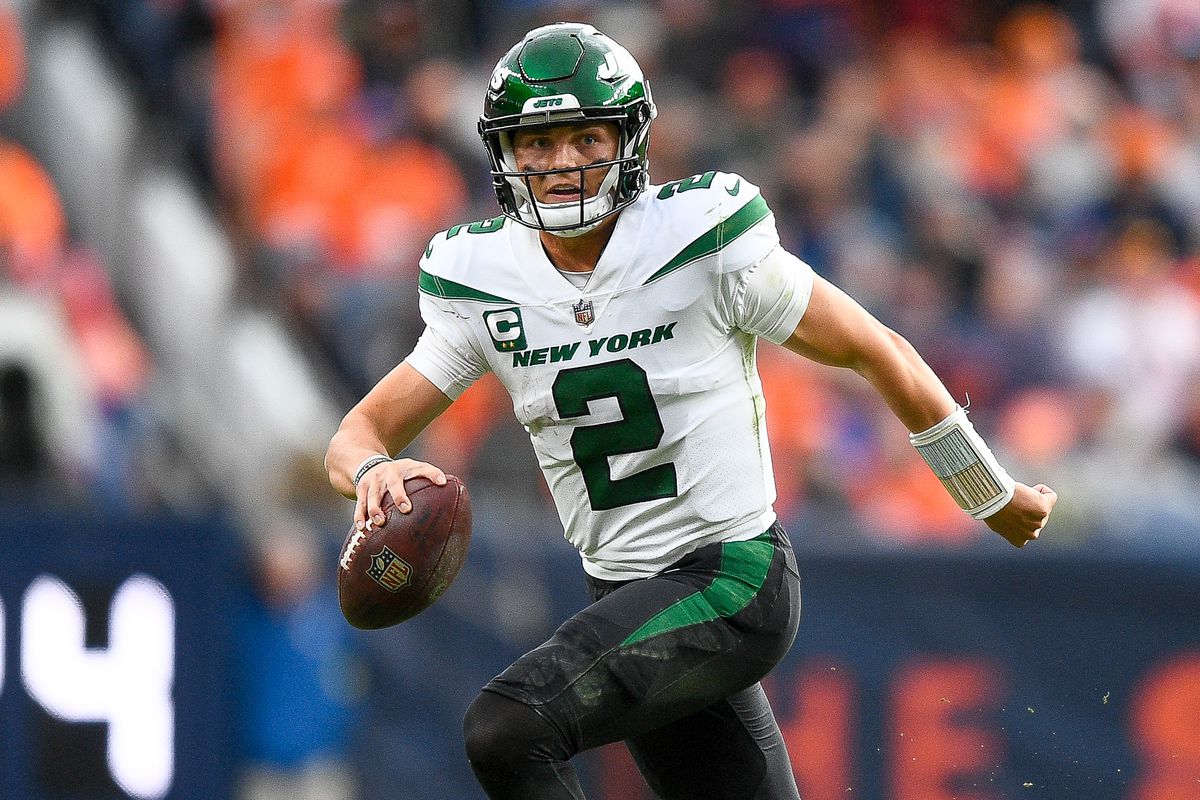 His record isn’t good at just 3-8, and when it comes to passing the ball, he’s thrown for just 200 yards in one game this season. But Justin Fields has emerged this season as the most exciting quarterback from the 2021 draft class.

He’s on pace to break the single-season rushing record for quarterbacks, but that record is now in jeopardy.

One of the pitfalls of having a quarterback who can do it all is that you are often tempted to ask your quarterback to do it all. On Sunday against the Falcons, Fields rushed the ball for a season-high 18 times. Add in the times that he was hit when dropping back to pass, and you have more than 20 hits on your quarterback in the game.

Fields injured his non-throwing shoulder late in the game, and first it was declared a separated shoulder. That would have almost surely knocked him out for Week 12. Now the injury is not a dislocation, but they aren’t saying what exactly the injury is. So for the time being Fields is day-to-day, and when he does play again, the Bears need to figure out a way to protect him.

Zach Wilson’s Jets have a 6-4 record this season, and they are 5-2 in Wilson’s seven games. But he is on the fast track to being the biggest bust of the 2021 quarterback class. Of those two losses that happened under Wilson, both happened because of Wilson. In the latest loss on Sunday to the Patriots, Wilson completed just nine passes for an offense that punted the ball 10 times.

That 10th punt was fatal, and it completely undid all of the great work done by the Jets defense. The Patriots returned it for a walk-off game-winning touchdown, and the season of promise for the Jets has turned into a season of finger-pointing, and all of the fingers (even if he isn’t being named) are pointed squarely at Wilson.

It did not help one bit to have Wilson answer a very quick “no” to the question of whether he felt like the offense let down the defense. Leaders lead, and that answer was the opposite of that. But head coach Robert Saleh does understand leadership, and he said this week that all options are on the table, including the benching of Wilson.

It was just 2018 when the Jets drafted Sam Darnold, No. 3 overall, giving up on him just three years later. Wilson was the No. 2 overall pick, and he may be done in New York after just two seasons.

The opponent of Zach Wilson this past week was Mac Jones, the most decorated member of the 2021 draft class. He was the Offensive Rookie of the Year in 2021, and even though he and the New England offense has taken a step back in 2022, the playoffs are still very much in play.

Last season Jones became the first rookie quarterback taken in the first round since 2013 to start 10 games and finish with a winning record and make the playoffs. And now he can repeat the feat this year as well.

The New England offense is scoring five points fewer this season than last, but they are winning, and currently in the playoffs. And for Bill Belichick, that is all that matters.

The Jaguars were off this past week, and out of sight out of mind. No one was thinking or talking about Trevor Lawrence while the rest of his class took center stage.

But it’s worth pointing out that Lawrence is coming off his two best games of the season. In Week 9 he completed 80 percent of his passes for 235 yards and no interceptions in Jacksonville’s comeback win over the Raiders. The next week against the Chiefs he lost, but he was 29-of-40 for 259 yards, two touchdowns, and no interceptions.

Lawrence did take five sacks in that game, and that is something that needs to be cleaned up. But no interceptions, three touchdowns, and high completion percentages, point to Lawrence figuring out how to succeed in the NFL.

Lawrence may not turn into the superstar he was thought to be as a 19-year-old National Champion, but he’s becoming a very good pro quarterback.