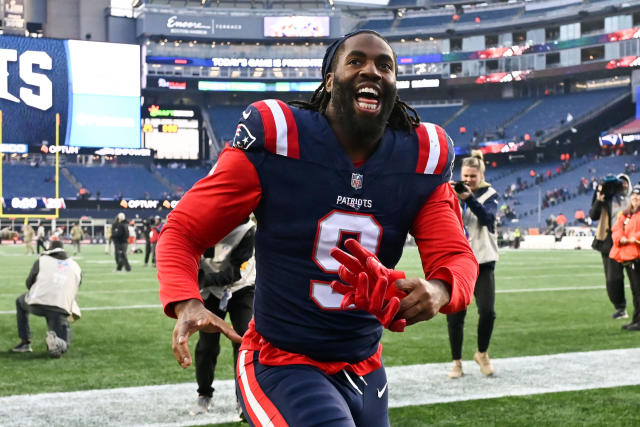 Thanksgiving football is the most exciting day of the regular season, and this year we have some epic matchups. The day starts with the Lions and Bills from Detroit, and transitions to the Cowboys and Giants from Dallas. Thanksgiving will conclude with the Patriots and Vikings from Minnesota.

There are some juicy lines, totals, and player props for all three games. Before we start breaking them down, make sure to check out the Cold, Hard Football Facts Thanksgiving promotion. If you go subscribe to CHFF now with code FFF, you’ll receive the remainder of the season for $39.99. We provide you with the best plays and since Week 6, our CORE PLAYS record is 111-59 (65%). You also get access to our game capsules, quality stats, and premium content. Don’t miss out as this deal expires on Sunday!

Following Week 6, Buffalo was the clear-cut favorite to win the Super Bowl. They had just walked into Arrowhead Stadium and took down the Kansas City Chiefs. However, the tone has changed around Buffalo, as they’re just 2-2 since this game, and franchise quarterback Josh Allen has six interceptions.

Based on the Cold, Hard Football Facts, the Bills should be able to cover against the Lions. Yet, Detroit has been playing good football in the past few weeks, and Buffalo has not lived up to the hype. This would be a game where you should stay away from the spread and the total.

A 9.5-point spread is large, especially on Thanksgiving Day on the road for the Bills. They were unable to cover this number last week against the Browns because of more lackluster play from Josh Allen.

The total of 54 is too high for me to even consider. If the Bills get going, they can put up points, and same goes for the Lions. Yet, 54 is a substantial number to take the over with an inconsistent team like the Lions involved.

The main prop I’m looking at for this game is Stefon Diggs Over 88.5 Yards Receiving. Diggs is the primary target for Allen, and he can make amazing plays down the field. The Lions defense has been putrid in the secondary, which should open the game for Diggs to shine. The defense is 26th in Defensive Passer Rating and 31st in Defensive Real Quarterback Rating.

The New York Giants shouldn’t be 10-point underdogs on the road. It’s way too many points against an inconsistent Cowboys team based on the Cold, Hard Football Facts. New York is tenth in the Quality Stats Power Rankings, and Dallas is second. Bookmakers are overreacting to the Cowboys defeating the Vikings 40-3.

The Giants matchup well against the Cowboys on the ground. Dallas is susceptible to the ground game, as we saw against the Packers. Aaron Jones ran through their front seven, and I expect the same thing from Saquon Barkley.

The way New York wins this game is by being successful on first down and staying in third and manageable. This is how Green Bay was able to take down Dallas at Lambeau Field a few weeks ago.

It’s best to take the points with the Giants in this game. I believe the Cowboys will win outright, but it should come down to the wire if New York is able to run the football.

After a poor performance last week, Barkley’s rushing total has been listed at 69.5 yards. He had 81 in his last game against the Cowboys and has hit this number in eight of ten tries this year.

The New England Patriots are underdogs against the Vikings, but this shouldn’t be the case. The Vikings are the worst 8-2 team in the NFL, and they don’t score well in our 22 quality stats. The Patriots rank seventh in the Quality Stats Power Rankings, while the Vikings are 14th.

I’m not making a case for the Patriots as much as I’m going against the Vikings. Minnesota ranks 22nd in Real Quarterback Rating, while the Patriots are 24th. Minnesota does have a big advantage in the run game, but the Patriots also have one of the best defenses in the NFL behind Matthew Judon.

This domination was on full display last week when the Jets traveled to Foxboro. Wilson averaged just 3.5 yards per attempt and was sacked four times. The Patriots should have success again on defense, and the offense matches up well against Minnesota.

Neither New England nor Minnesota scored an offensive touchdown last week, so taking the under could be smart. In terms of the points, I would forget them, and bet New England on the Moneyline at +120. This is a game the Patriots can easily win if they stay in third and manageable and slow down Minnesota’s run game.

For more plays, go subscribe to Cold, Hard Football Facts. For $39.99 with code FFF, we provide you with the best plays, and since Week 6, our CORE PLAYS record is 111-59 (65%). You also get access to our game capsules, quality stats, and premium content. Don’t miss out as this deal expires on Sunday!