The Cowboys are Smoke and Mirrors 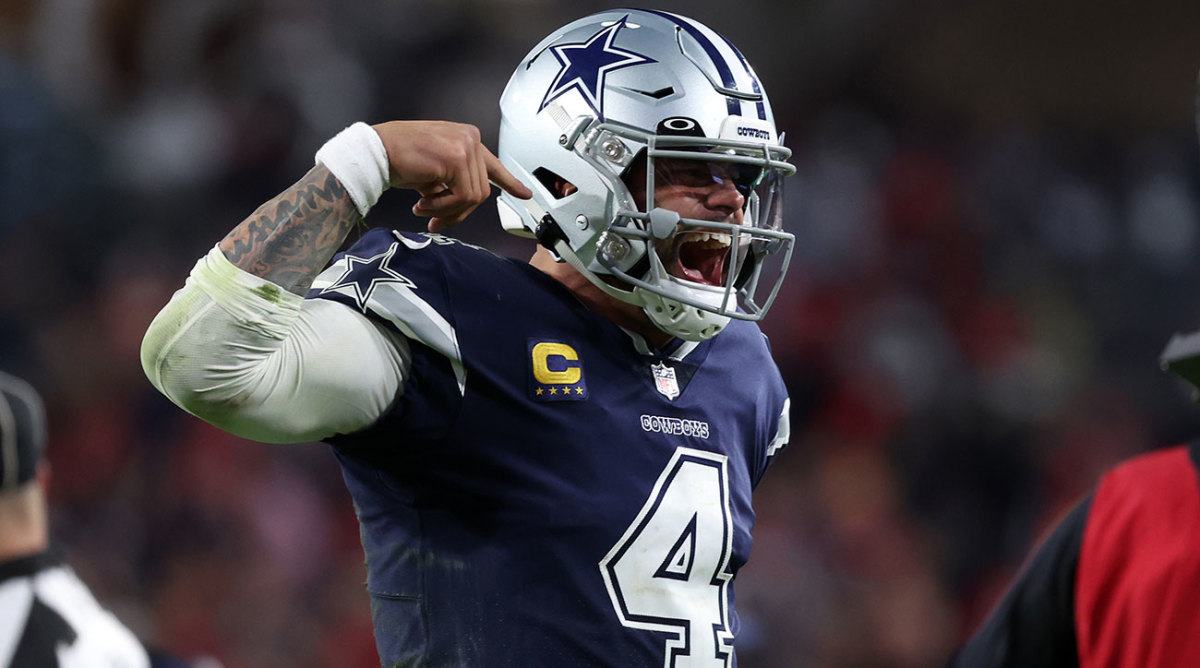 The Cold, Hard Football Facts have successfully predicted the outcome of NFL games and seasons for over 20 years. Our 22 proprietary stats can predict narratives that general numbers couldn’t even imagine. After a full regular season, and a round of playoffs, our numbers have reached their peak, and they’ve identified something special in the Cowboys vs 49ers game.

Dallas looked like they had the team to win the Super Bowl against the Buccaneers. The main reason for this was Dak Prescott looked unlike he has all season: REPUTABLE. However, we weren’t overly impressed at Cold, Hard Football Facts because Dallas SHOULD HAVE dominated the Buccaneers.

The Cowboys ranked fourth in the Quality Stats Power Rankings compared to the Buccaneers, who were 20th. This was a mismatch, and Dallas proved they were the better team. This won’t be the case on Sunday night when Dallas travels to the bay to face the 49ers. The Cowboys are good, but they don’t match up well against San Francisco in any capacity.

You can sit here and say Dak is back, but based on the numbers, Monday’s performance was a rarity, and it came against a bad defense. For the majority of the season, Prescott has looked average. He led the league in interceptions with 15 and only started 12 regular season games.

Prescott is 15th in Real Quarterback Rating heading into the Divisional Round, while Brock Purdy is second. Prescott may have a larger boom ability than Purdy, but he makes a lot more mistakes. Out of our 22 stats, the most critical category is Real Quarterback Rating, and based on Prescott’s position, Dallas is lucky to be in the Divisional Round.

We have three other stats in addition to Real QBR that have predicted victory at a 60%+ rate this year. The other three are Real Passing Yards/Attempt, Offensive Passer Rating, and Total Team Yards.

Here are the ranks between the two teams:

San Francisco should dominate the key offensive numbers on Sunday. It’s possible to win with defense, but Dallas will have trouble against the best overall unit in the NFL. The Cowboys have some very talented players, including Micah Parsons, but it won’t be enough to pull off the upset in the Divisional Round.

The first stat that we prioritize for defense is Bendability. This stat measures how hard a defense makes the opposing offense work for points. Offenses struggle to convert yards into points against the 49ers as they rank first. The Cowboys are eighth, which is good, but there is a seven-team difference.

The 49ers secondary has improved, and it shows in Defensive Passer Rating. San Francisco is sixth, while the Cowboys are 10th in the category. Dallas is good, but this is another area where the 49ers are just a little better.

The Cold, Hard Football Facts also identified which front sevens are the best in the NFL in 2022-23. Defensive Hog Index includes rush yards/attempt, negative pass play percentage, and third down success for a final ranking. Micah Parsons gets a lot of attention, but the Cowboys are only tenth in Defensive Hog Index. Again, this is good, but there is still an eight-position gap with San Francisco, who is second.

Sunday’s Wild Card matchup can be broken down to the 49ers being slightly better in nearly every category that matters, according to the Cold, Hard Football Facts. If Prescott delivers as he did against the Buccaneers, this game may be tight, but the 49ers are leaps and bounds better than Dallas.