Pick and Prediction for Rams vs 49ers 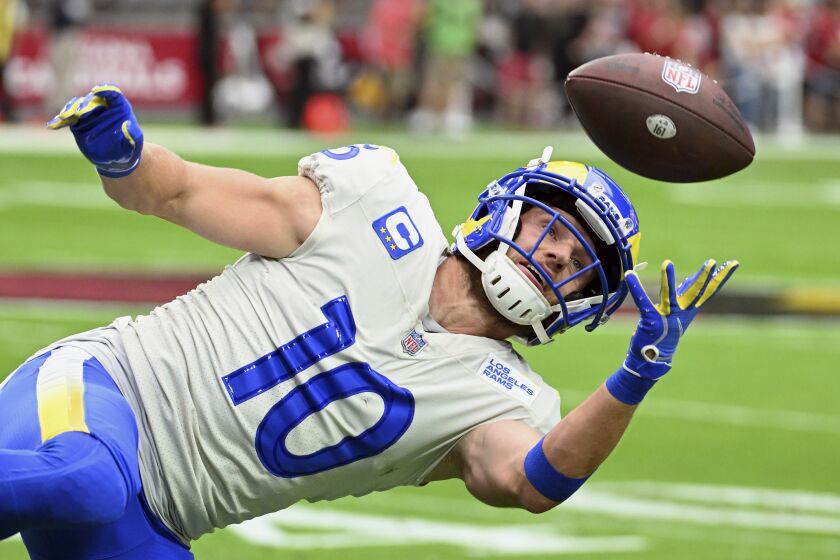 The San Francisco 49ers will host the Los Angeles Rams in a rematch of last year’s NFC Championship Game. The Niners will enter as 1.5-point favorites over the Rams, showing this is a pick’em game. If you check out the game capsule on Cold, Hard Football Facts, there are very few categories that stand out for bets.

These teams are even in the stats, and this makes betting difficult. However, we’ve identified two plays that are extremely reasonable for MNF based on our proprietary stats. Let’s break down the game!

The Rams started the season with a loss to the Buffalo Bills that caused them to collapse in our proprietary stats. They were the 32nd ranked team in our power rankings and have since climbed back to 13. As the season continues, the Rams will roll into the top 10, which is important to understand from the capsule.

Nevertheless, there are still a lot of metrics Los Angeles needs to improve in to get back to the top of the NFL. The one area where the Rams have shined has been in Rusher Rating Differential. The franchise is second in the NFL in this statistic, and it has been the most indicative category for winning in 2022.

Under Predictive Rate of Victory, teams that win the Rusher Rating Differential battle are victorious 66% of the time. Los Angeles is in a difficult spot on the road, but if they control the clock and the line of scrimmage, they will win the football game.

Matthew Stafford has not been tremendous this season, ranking 19th in Real Quarterback Rating. As the season advances, Stafford will be a top-tier quarterback in our rankings, but he has to improve. Stafford’s passing total is set at 250.5 on Monday, which is extremely low for a quarterback with a tremendous arm.

He has only gone over this total once in 2022, but he has been within 10 yards twice. The area where we’re looking tonight is at his longest pass, which is set at 36.5 yards. His longest pass on the year was 32 yards against the Cardinals in a 20-12 win.

When the 49ers and Rams face off, the run game is what sets the tone. Additionally, San Francisco ranks 13th in Defensive Real Passing Yards/Attempt. They rally to the football and don’t allow the big play over the top.

Good luck in whatever you choose to bet on Monday Night Football!