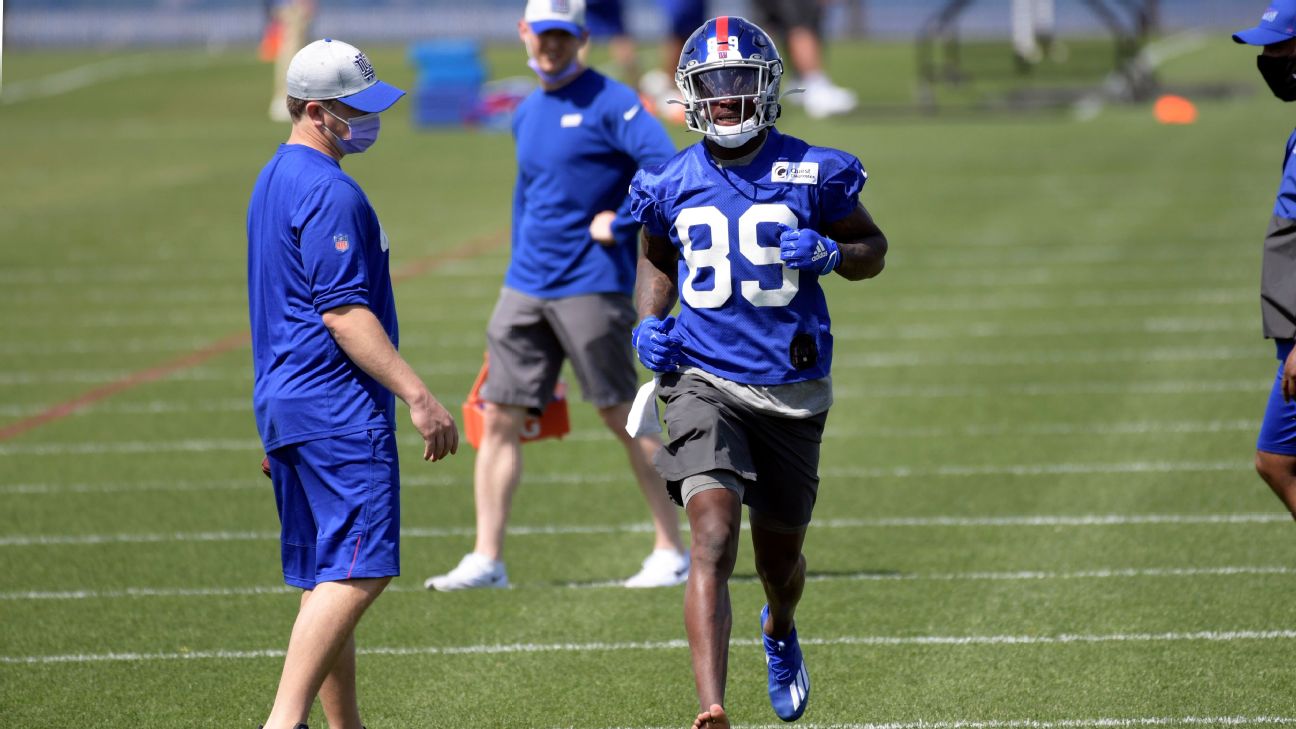 Welcome to ColdHardFootballFacts' look back at the 2021 NFL Draft, where we're picking apart the highest of the highs, lowest of the lows and biggest head scratchers of the draft, division-by-division, wrapping up our breakdowns with the NFC South. Here's how we see the impact from the draft potentially playing out.

Grade: A- — There are understandable questions about the Football Team's first pick, but Jamin Davis has both the talent and room for development that could make him a standout. The early returns from rookie workouts were outstanding, so there's plenty of room for optimism that he could be an instant influencer on an already stout defense. The steal of Washington's draft could be Samuel Cosmi, an extremely athletic (if slightly undersized) offensive tackle who entered the college season as a favorite to be among the first offensive linemen picked only to fall to the second round.

Grade: B+ — There's plenty to like about the players New York brought in through the draft, but arguably even more about the way in which they went about their business. Giants GM Dave Gettleman had never traded back in the early rounds of a draft before ... then did it twice in 2021, setting the Giants up for massive hauls in 2022 and beyond. The Giants still brought in premium talent at a position of need in Kadarius Toney, the Florida wide receiver, and Georgia pass rusher Azeez Ojulari, who had first round talent and pedigree yet somehow slipped to the second round. Sixth round Oklahoma State cornerback Rodarius Williams could be a huge steal if he plays up to competition and develops additional ball skills, which doesn't seem like a huge stretch.

Grade: B — The Cowboys were always going to draft defensive help, and they should get it big time in the form of Micah Parsons. Despite perceived depth at the position, Leighton Vander Esch's perpetual health issues could make Parsons an indispensable asset very early. The Cowboys also knew they needed a cornerback, so when they couldn't grab Patrick Surtain II or Jaycee Horn, they drafted three instead. Kentucky's Kelvin Joseph unsurprisingly has the most upside, but Oregon State's Nashon Wright could be a more seamless fit for new defensive coordinator Dan Quinn's traditional zone system. While he felt like a reach in the third round because of perceived lack of athleticism, don't sleep on his ability to make a difference. While LSU linebacker Jabrill Cox being available in the fourth round was a serious surprise, his coverage ability could make him a contributor long term in Dallas.

Grade: B- — Wide receiver DeVonta Smith was always going to be a lightning rod pick for whichever franchise selected him, but we're here for Smith doing all kinds of crazy things to get open for Jalen Hurts in Philly. Landon Dickerson was a more questionable call in the second round for injury issues alone, but if he can ever stay healthy he could be a potential solution for the Eagles' aging offensive line. Philly always seems to need new blood at running back post-Bryan Westbrook, and Kenneth Gainwell is an intriguing add as a man who was dominant in 2019 before sitting out 2020. Still, the biggest steal of Philly's draft — and one of the biggest league wide, is the Eagles' final selection, Tulane pass rusher Patrick Johnson, who flashed moments of genuine NFL quality in the AAC.

BOLDEST PICK: Kentucky CB Kelvin Joseph, Dallas Cowboys — The best defensive backfield contributor for Kentucky has the talent to become an NFL regular, but he's no sure thing, and for a pick at his spot in the second round one would want that. It's clear the Cowboys scouts ranked him as the third-best corner in the field, which means he certainly should be a contributor in his rookie season. Stay tuned.

THE STEAL: Tulane DE Patrick Johnson, Philadelphia Eagles — Here's your bold take: Johnson will make the Eagles roster despite being a seventh round pick. He's too talented to end up on the cut list and has the potential to be a long-term difference maker. You don't see that in the final round every year.

THE HEADSCRATCHER: Texas Tech CB Zech McPhearson, Philadelphia Eagles — This is largely a common sense reaction before all else: If a cornerback stars for a Power 5 football team, but that football team gives up more passing yards than almost any other in the country and this cornerback is fairly regularly scorched by opposing wide receivers on big plays (go watch the Texas-Texas Tech tape), does he really belong at the next level? That's a viable first question. A great follow-up would be whether he could possibly be worth a pick in the fourth round (answer: almost certainly not.