It’s Not Hard to Beat the Chiefs... 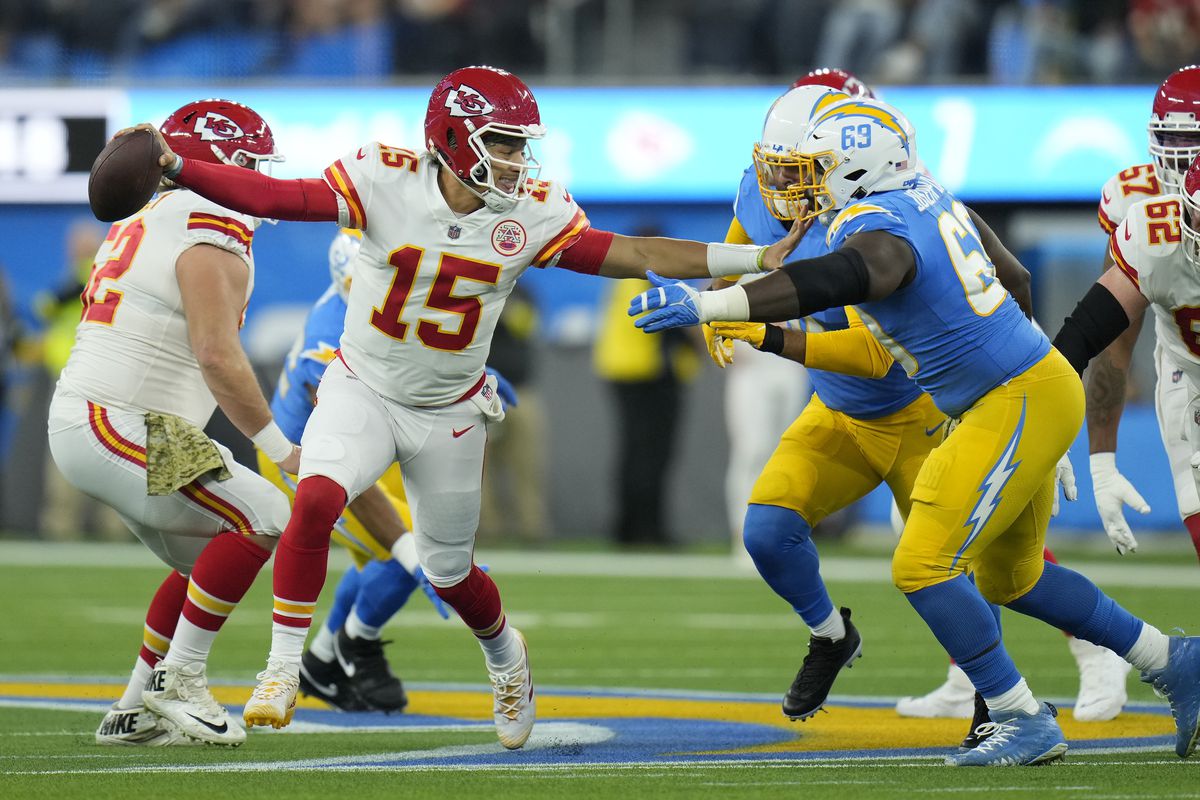 The Kansas City Chiefs are picked second in Vegas to win the Super Bowl behind the Buffalo Bills at 5 to 1. After Buffalo’s inefficiency since Week 6, Kansas City is the favorite in the minds of many around the country. However, the Cold, Hard Football Facts tell a much different story.

The Cold, Hard Football Facts have successfully predicted the outcome of NFL games for over 20 seasons, and they’re telling an interesting story about the Chiefs. There are 22 quality stats within our efficiency metric, and the Chiefs are currently sitting in seventh.

How could a team picked second to represent the AFC in the Super Bowl be seventh in efficiency?

It’s because this Kansas City team is beatable, and they have holes all over the field. These holes will make it easy for quality opponents to prevail in January if Andy Reid doesn’t sew up the weakness.

Patrick Mahomes is the best quarterback in the NFL, and this will be the case for years to come. He currently ranks first in Real Quarterback Rating and Offensive Passer Rating, which are two of our biggest indicators of winning. A great gunslinger is critical in the NFL, and Mahomes fits the mold. Yet, he can only make up so much for holes on offense, defense, and special teams.

The Chiefs don’t have a great running game, and they haven’t for years, so this isn’t a great reason why they won’t be playing for a Super Bowl. Nevertheless, it’s still important to note they rank 21st in Offensive Rusher Rating, and a run game complements strong quarterback play. Mahomes is good enough to live without a run game, but it could hurt the team in the postseason.

The issues for Kansas City rest on defense and special teams. Bendability measures how well a team makes their opponents work for points. The Chiefs opponents aren’t working too hard as the team ranks 22nd in the category. The primary reason for this is because of lackluster play in the secondary.

Kansas City is 31st in Defensive Passer Rating and 27th in Defensive Real Quarterback Rating. Mahomes has been forced to throw the ball down the field frequently because his defense has dropped the ball consistently. It’s very hard to win a Super Bowl with a secondary that is getting picked apart by average offensive attacks.

Kansas City is looking like they’ll capture the one seed in the AFC. However, this doesn’t mean they have an advantage in the playoffs based on the Cold, Hard Football Facts. If a team can’t stop the pass and has no run game to support their quarterback, it’s very hard to win.

The Chiefs have been finding a way to prevail throughout the season, but their luck will run out if they don’t fix their issues in the secondary and start establishing a run game.